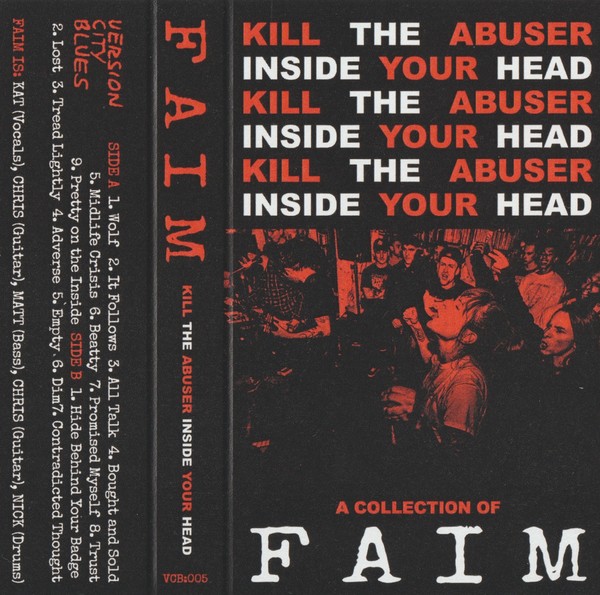 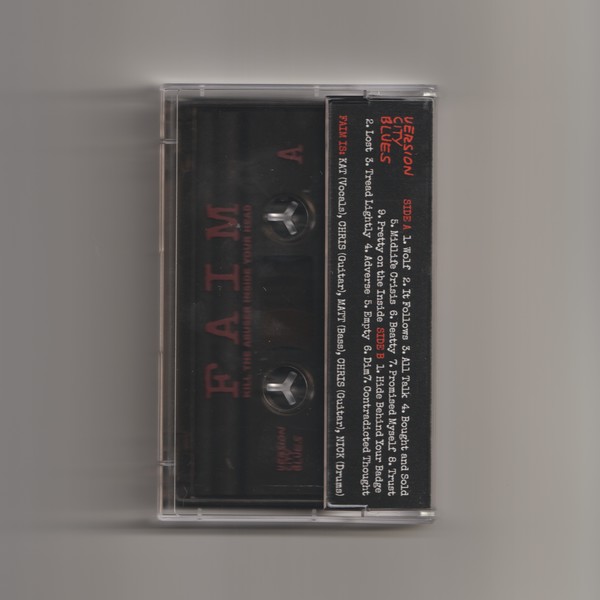 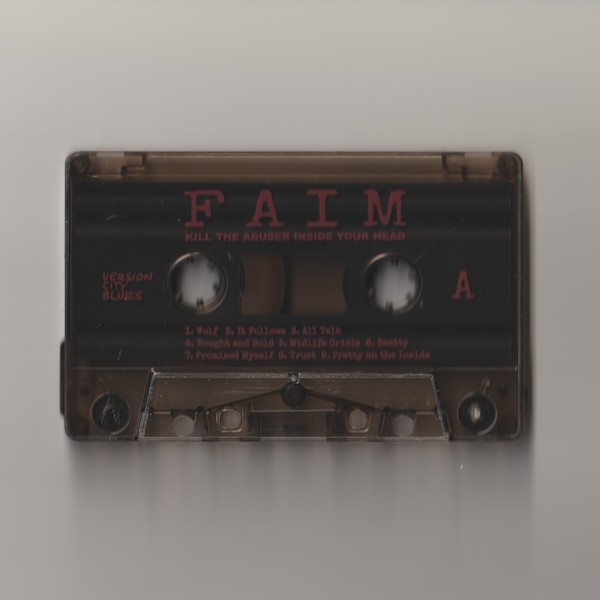 This item isn't available.
Want an "It's Available!" Email Notification?

FAIM - Kill The Abuser Inside Your Head - Cassette VCB:005

Initially pressed for the FAIM / Brother east coast tour that was meant to take place in April of this year, "Kill The Abuser Inside Your Head" features FAIM's discography to date - their demo, self-titled seven inch, songs featured on various compilations, covers and their split with Discourage & Lift - are all here for a sixteen track collection.

“Kill the abuser inside your head” means two things.
Introspectively, in addition to dealing with all the negative aspects of life, we can be a monster to ourselves with doubt and self-destructive tendencies. It can be real and it can be harmful. However, no one is as terrible as the voice in their head says they are. It is important to remind yourself of this and quell that destructive tendency we can carry.
Externally, we, as people but specifically cisgendered men, are capable of extreme harm and abuse. Don’t think because you’ve said the right things, read the right books, or you’ve never been told you’ve hurt someone to think you’re above it. Rather, start today, and constantly keep yourself, as well as those around you, in check.

Check out these websites for more resources:
openpathcollective.org
crisistextline.org
mcsr.org